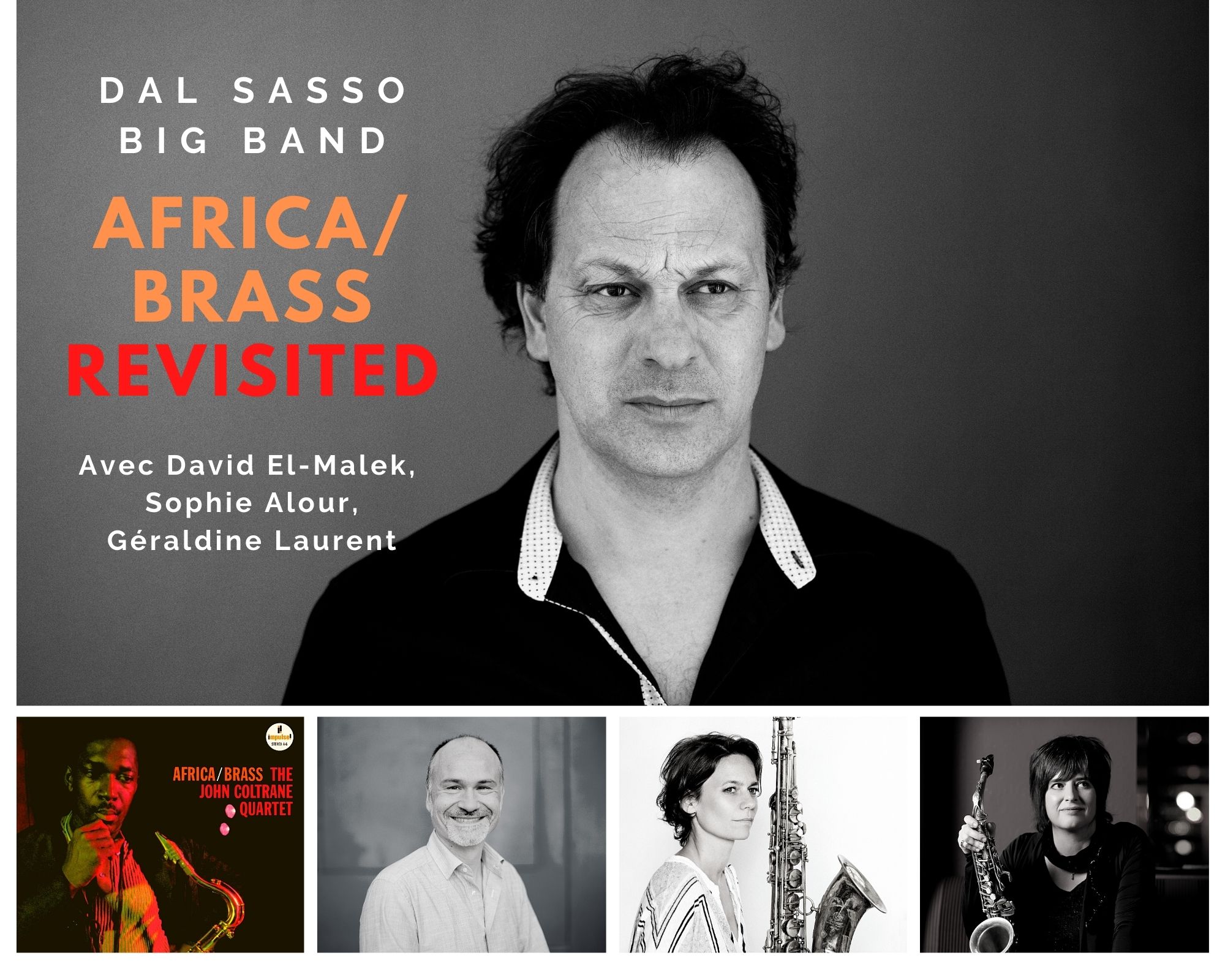 In 1961, John Coltrane recorded his first disc for the Impulse label and signed, on this occasion, "Africa / Brass", a unique disc in his rich discography because it is the only one that the saxophonist has ever recorded in a big band.
At the head of an orchestra largely dominated by brass, drawing its material from blues, folklore, spirituals, and songs associated with slavery, Coltrane performed a series of pieces arranged by Eric Dolphy, which referred back to the original continent - Africa - and beyond, echoed the African-American experience as a whole.

Almost half a century later, Christophe Dal Sasso, recognized as one of the most talented arrangers in France, nominated for the Victoires du Jazz 2020, has returned to this emblematic repertoire, to which he gives again, at the head of a big band augmented by a ka drum, all spiritual power, faithful to the universal scope of the humanist message that John Coltrane had inscribed at the heart of his music.

“An interpretation that borders on the sublime! ” Libération Read the article